Paris Henken got her start in Dana Point Harbor and I was fortunate enough to be the youth sailing director the first year Paris and her twin brother ,Sterling first shared a sabot in the summer sailing program. Now she’s representing the USA in the Olympics! U S A! Stay tune, as we’ll update this page with new articles as they become available.

Click the link below for a full article in our local paper and the environmental challenges their facing reported in the New York Times: 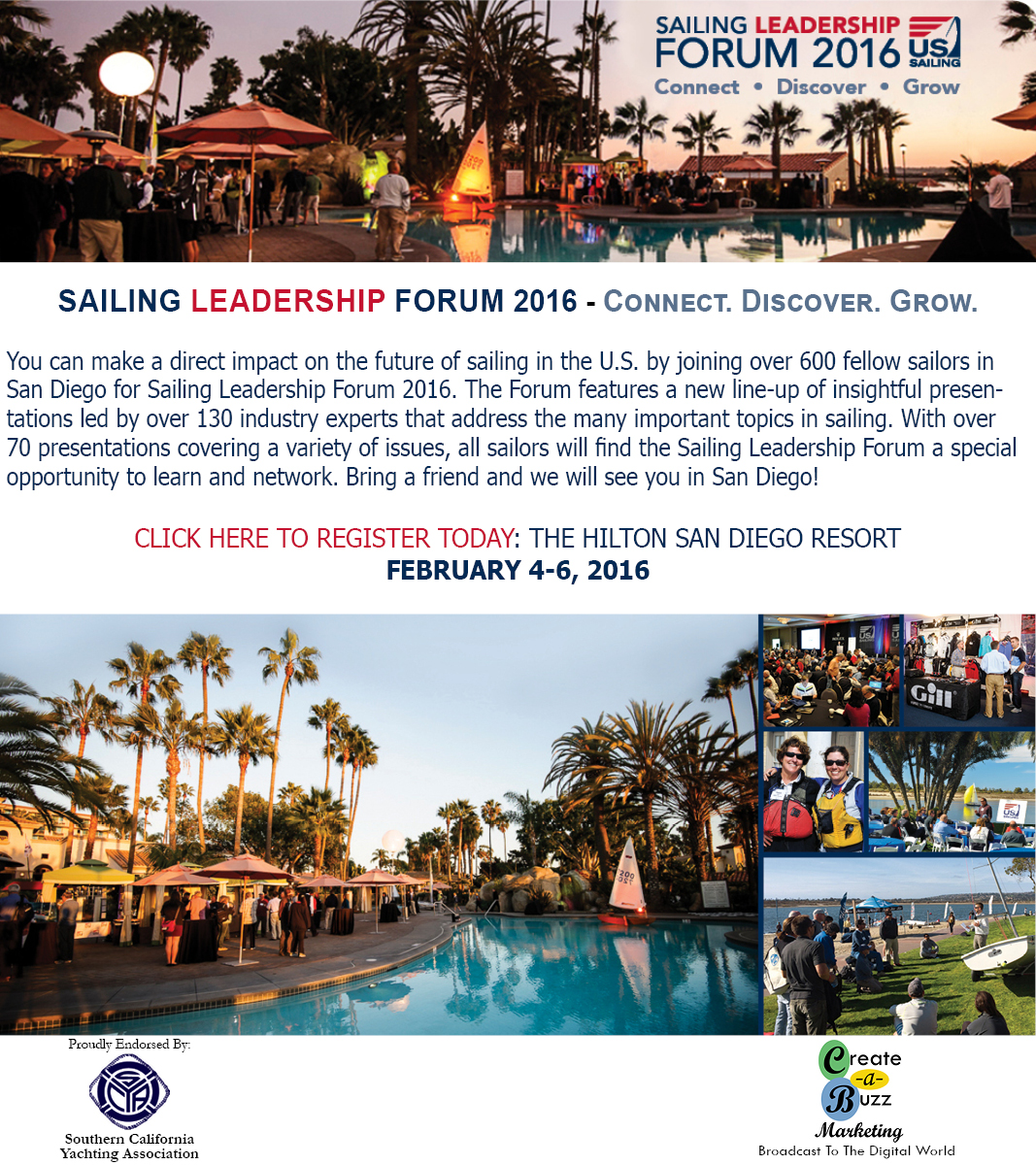 Commodore Milligan shared his thoughts to the full room of attendees that also included honoring so many local yachtsman for their contributions to sailing in a variety of categories: women in sailing, radio communications, exceptional performance and couples that share their passion through dedicated stewardship, just to list a few.

Tatich was recognized for service as a board member, as well as chairing several positions during her tenure including webmaster, secretary, newsletter editor of “The Searchlight’ and media relations. Tatich has also presented awards and trophies on behalf of SCYA at their annual Midwinter Regatta celebrating its 87th anniversary this year, as well as attended yacht club’s opening day ceremonies from Santa Barbara to San Diego representing the organization. Tatich stated, “This organization is more important to the yachting community than most realize, as it is the key liaison for US Sailing to the member yacht clubs throughout of Southern California, Nevada and Arizona.” US Sailing is the recognized leader in training and certification, in support for the racing sailor and in facilitating access to sailing for the United States. “I’ve met some amazing yachtsman in the sailing community during my years at SCYA, including the sailing celebrity vice president of the International Sailing Federation Gary Jobson and several Olympians. My involvement has introduced me to the regional leadership, also known as the who’s who of this sport that has been my lifetime passion since climbing in a 14-foot Sunfish at age 8,” continued Tatich. “I can’t wait to see what is waiting for me throughout this year as an honorary commodore, but I intend to do my best to live up to the title!”

In addition to SCYA, Tatich confesses that her true involvement began as a day sailor turned racer at age 20, when she first became involved in a local yacht club in Dana Point. Since, she has served her yacht club in numerous capacities including Port Captain at her home club, Dana West Yacht Club in 2015. As a racer, Tatich has won many trophies in numerous races and regattas, but the 2004 Newport to Ensenada is one of her highlights as an all-women crew that won three honors: The Carolyn Starr (1st All Women Crew To Finish), The Frank Butler (Best Corrected Catalina) and 2nd in their fleet; a year that was her best performance in 16 years of crewing in the 125-mile race known as the largest international yacht race. Other notable racing achievements were winning 1st place in the J-24 Big Dog Series as the only all women crew in the fleet; crewing the winning boat for several harbor championships, including receiving the revered Steve Dutton and Dorcus Britt awards twice at Dana Point Yacht Club; competing in Puerto Vallarta in an all women, 3-day regatta “The Las Marietas”; and crewing in several Adam’s Cup and Linda Elias Memorial Women’s One Design in Long Beach.

Tatich’s involvement in sailing extends to the youth in her community, as it was a summer camp where she found her comfort in sailing as a child grieving the loss of a parent. She has managed and supported youth sailing programs in yacht clubs for over two decades, and currently serves as a board member on the Dana Point Harbor Youth Sailing Foundation. She is the founder of the “Festival of Whales Junior Regatta” that is celebrating it’s 12th anniversary on March 9, 2016 that awards the winning sabot a 25-inch Irish crystal trophy deeded by the Tatich Family at the inaugural event in 2004. The regatta renamed the regatta as the “Jeff Adam Memorial Regatta” in 2012 to honor of one of her star junior sailors that came through her sailing program and was on his way to becoming an instructor when he unexpectedly and much too young at 22 crossed the bar.

There are two seasons that are big in the yachting community, Spring for Opening Day and Winter for Change of Command. For those not familiar, Opening Day is when a yacht club officially determines that the harbor is free of ice and is ready to open for the upcoming yachting season. Being in California, this is more of a tradition since we enjoy year-round boating.

Change of Command is just as one would guess, when the outgoing commodore hands off the watch to the new incoming commodore and all other flag officers move up in ranks, as it is with most yacht clubs and organizations. For most, the event that marks that time is a “Commodore’s Ball” or “Installation Dinner.” Every organization has it’s traditions to follow and it’s usually centered around introductions, speeches, recognizing last year’s achievements and honoring awards during a dinner followed by a big party.

Southern California Yachting Association retained Create-a-Buzz Marketing to design the 2016 Installation Dinner and the incoming commodore is a school teacher with an appetite for for history, cigars and jazz flavor. To compliment his personality, we designed a retro-look with a “Rat Pack” flavor to set the tone for his soirée. This vibe will be carried-out throughout the event in social media, emails, tablescapes, entryway and any other presentation or collateral.

Needless to say, the Commodore is pleased and now very excited for his special day!

We’ve been working with Southern California Yachting Association for a few years and the site refresh was launched earlier this year. With a few great plug ins, we’ve been building a decent email list so we can build a rapport with the readership and begin to find out what they would like from the organization!

Non-profits MUST build a solid base of support, both financially and physically. Volunteers are their lifeblood! Providing a content driven website is essential in staying top of mind.

I think we’re achieving that with this site and it’s a fun group to work with!

Check it out and let me know what you think!